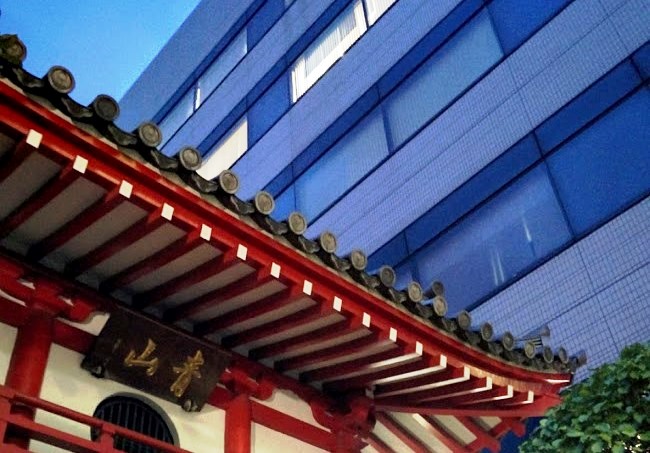 My two weeks of leisure and first week of the internship have now officially passed. In the beginning my intense jetlag actually stuck with me for a couple of days, probably intensified by the fact that I didn’t have any schedule that I had to cope with and was able to sleep in and got to bed late every day. Still I was able to venture some exciting things and to meet new people.

The highlights were probably visiting teamlab, a crazy experience exhibition  for all senses, met up with a japanese former colleague from PEZO VON ELLRICHSHAUSEN and attended a students’ projects presentation at his uni, went to a disco in an aquarium – yes, you heard right! Something like that probably only exists in Japan – tasted some crazy food (I’ll elaborate if you ask me, but please brace yourselves), took a look over this mega-city from an observation deck, educated myself about japanese culture and history in the Nationa Museum and enjoyed homemade food at my house’s summer party. Sounds like much, but there is still so much more to do! Including visiting the fish market and trying out ALL the food.

This Monday was my first day at work. So far I can tell that the office works on some interesting projects, people and the office space are very nice and the myth of the restless office hours in Japan seems to be true, but at least we interns are supposedly asked rarely to work the weekends. But don’t worry, all “daijobou”. This (most important) japanese word apparently originally meant noble man, but is nowadays used in almost every situation, meaning “It’s alright”, “I’m fine”, “No, thanks” and “Yes, please” (yes, both of them), “Everything is gonna be good” and so much more.

Tomorrow three colleagues and I will travel first to Osaka and then on Monday to Yoshino, where our office built a beautiful timber house that we have the chance to spend a night in. I will upload some pictures of my first time here afterwards.