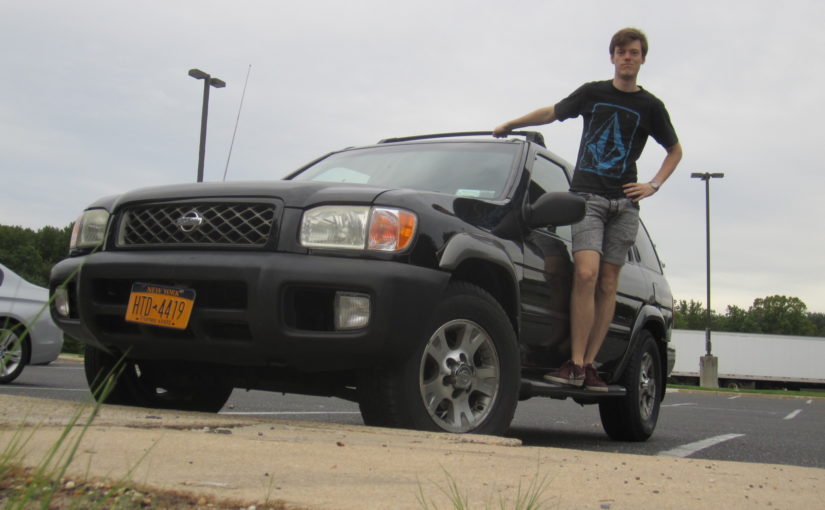 I can’t believe this is finally happening: I am going to Chile. And I am going there by car!

But let’s start at the beginning: When I first made plans for my third internship in South America,  I looked at the map and thought to myself: Hey, those continents are connected, why don’t I drive there? That was back in Helsinki at the desk at ALA architects where after a quick google search I found out that there actually is no road from Panama to Colombia. There is the so called Darian Gap – an area full of swamps, jungle and drug dealers. So it seemed to simply be a silly idea.

But as soon as I arrived to New York I slowly started actually planning this trip successively. From finding ways around the Darian Gap (ferries, container ships etc.), over route planning, over how to get a car as a foreigner, over how to formally export a car and so on and so forth. But it wasn’t before the last months that the planning arrived to a serious stage which led up to a very stressful last week. Despite my prior customer service inquiries, the insurance company I wanted to go with wouldn’t cover me – and none other one would do either (insurance coverage is obligatory for car registrations)! After eventually finding one, I could finally register the car still in time and I was ready to go.

The only thing missing was the obligatory inspection. I planned to get it done the day that I’m leaving as it only takes a few minutes… Normally. Unfortunately it brought to light that the car had several severe issues which needed to be fixed. Though the car isn’t the youngest anymore and doesnt look the “freshest” either, I relied on the friend who I bought it from. He was as surprised as I was and luckily helped me getting everything fixed. In the end, we spent more than the car’s value on its repair. But it was the best solution for both of us.

Due to these unforseen events, I am almost 1 week behind my schedule even before I started. I am planning to catch up a little by doing longer driving days. Finger’s crossed not too much is going wrong on the way!

This schedule serves as rough orientation:

Note: Every night I will add a brief new post sharing the location I have reached so that whoever wants to, can easily keep track of my journey!