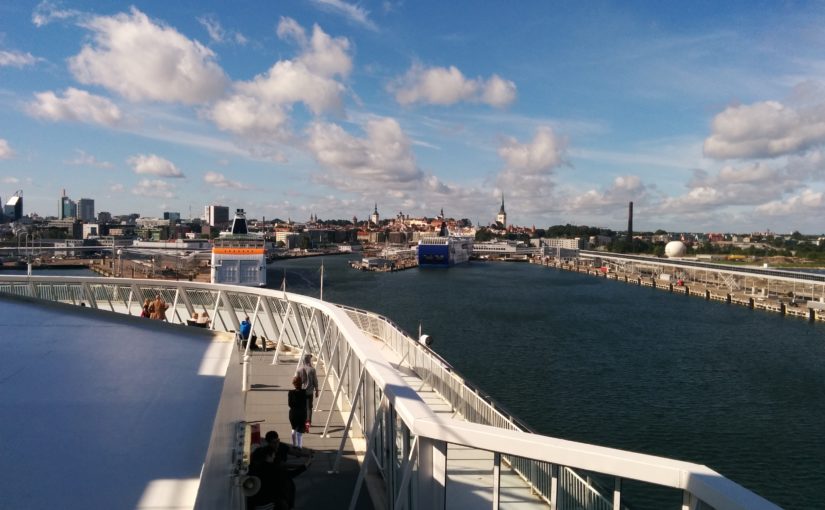 Every architect or student knows how exhausting working on a competition can be. So after spending one full weekend in the office, my fellow interns and I decided to balance this with a weekend-trip to Estonia’s Capital right after turning in everything on Friday.

Unfortunately that last day became longer than planned (as always…), so that we left the office not before 10pm. No 10 hours later – at 7 in the morning – we already boarded the ferry. Though less recovered than expected, we still managed to have a good time on Saturday with a full sightseeing program. Only the pub crawl madness at the end of the day (some would say “the main reason to visit Tallinn”) had to be shortened due to energy deficits. Still it was a very nice evening.

The next day started with delicious pancakes followed by an interesting walking tour. Being really lucky with the weather we even were able to wear shirts and sometimes had to search for shadowed spots! After lunch and a beer at the seaside, enjoying the great view over the bay, we already had to board the ferry to go back home.

All in all it was a great trip, highly recommendable! The only fly in the ointment (I hope people actually say this… I just looked it up) was that, coming home at 10pm, we were at least as exhausted as we’d been before.